Epic Games-owned music app Bandcamp will remain on the Google Play Store after a new deal is struck.

(Photo: KIRILL KUDRYAVTSEV/AFP via Getty Images)
An illustration photo taken on April 21, 2022 in Moscow shows a smartphone screen with the logo of the Google Play Store application.

This means the popular music service can still operate on the app platform while the game developer’s antitrust lawsuit against the search engine giant unfolds.

The “Fortnite” developer first sued Google in 2020 after accusing the tech form of anti-competitive practices. Google Play Store and Apple App Store have removed “Fornite” from their platforms for allegedly violating the app’s policies.

Of course, Epic Games wasn’t happy about it, leaving them no choice but to take legal action. Now, the game’s creator wants to make sure that Bandcamp won’t be affected by the ongoing case.

According to Engadget’s latest report, Bandcamp was able to reach a settlement with Google, allowing it to keep its in-app payment system on Android devices as Epic Games’ lawsuit continues. 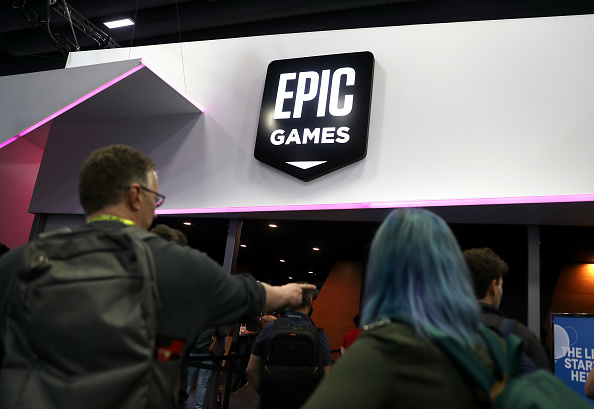 The US District Court in California has indicated through its official document that Google allows Bandcamp to operate on the Play Store.

The search engine giant will not interrupt necessary updates to the Bandcamp app, allowing users to get the latest improvements and fixes they need.

“Under a court-encouraged agreement, Bandcamp will continue to operate using our existing payment system on Android devices,” Bandcamp said via its official blog.

Thanks to this new agreement with Google, fans of the music app can still support their artists on Android. As far as revenue is concerned, musicians will still receive the same share as before.

However, Bandcamp said it will put 10% of Android-related sales revenue in escrow while Epic Games’ lawsuit against Google is ongoing.

Bandcamp is a music app acquired by Epic Games in 2022. The main purpose of the app is to help musicians around the world, allowing them to have a platform where they can earn revenue from their fans.

At the time of writing, the Bandcamp community already consists of approximately 500,000 independent musicians and 11,000 independent labels. All rely on the support of millions of music fans.

If you want to see more details about Bandcamp, you can visit this link.

For more on Epic Games and its lawsuit against Google, always keep your tabs open here on TechTimes.

This article belongs to TechTimes

ⓒ 2021 TECHTIMES.com All rights reserved. Do not reproduce without permission.